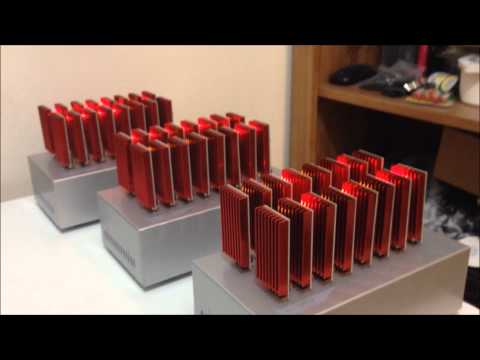 Can somebody ELI5 the Eligius mining pool and how it works?

Basically I don't actually know if I'm actually receiving bitcoin even though I'm mining. If this helps, my current rig is mining at ~30 gh/s using RedFury USB miners and a Raspberry Pi.
Also, what is "unpaid balance" and "payment queue"?? It says that the next payment will be made 6 months from now (for me).

Mining hardware constraints in relation to transaction fees: thinking about the future

In a (not so) distant future when block subsidies are no more, miners' income will come from transaction fees only. Assuming everybody behaves the same way and mines to support decentralization, what each person spends on mining is also what each person receives as mining rewards, so the balance is zero. However they still have to pay for their mining hardware and their power bills.
The question is: how much are you willing to spend to support the network?
I would say not much more than regular banking fees. As a rule of thumbs, let's say $10 per month.
Let's study 2 cases.
If you already have the hardware because it is general-purpose (i.e.: the crypto is ASIC-resistant), you can spend these $10 on electricity only. At a rate of $0.15/kWh, this is is 67 kWh, which means you can afford to let a miner of 91W run permanently. This is slightly more than a CPU (without the rest of the system), and only about one third of an AMD 7950 GPU (without the rest of the system either).
If you must buy specific hardware (i.e.: the crypto is ASIC-friendly), assuming it is perfectly power-efficient, you can disregard power costs and spend your whole budget on hardware. Assuming you will renew it every 3 years, this means you can afford a $360 miner. For Bitcoin, as of today, this would be 3 Redfury USB miners.
Now, the important part: since the sum of transaction fees can only support that much hashing power, if anyone mines more than their share, they contribute to centralizing the network, because assuming no one is willing to pay more transaction fees to compensate, someone else will need to stop mining.
Conclusions: in the long run, GPU mining is not sustainable at more than 1 GPU per household. CPU mining by everyone could be sustainable if a CPU-friendly, GPU-resistant and ASIC-resistant algorithm can actually be designed. As of today, SHA-256 is completely dominated by ASICs, Scrypt with N=1024 ASICs are on the horizon, Scrypt with higher N values is vulnerable to DOS attacks, Quark's algos have already been implemented as ASICs by academics and Protoshare's Momentum algorithm is GPU-vulnerable. As far as I know, the only viable algo that has yet to be proven GPU/ASIC-vulnerable is Primecoin's, but given the fates of the others, I wouldn't set my expectations too high.
So it appears that progression to ASICs will be hard to avoid. But big ASICs with power draws higher than 100 watts are definitely a threat to decentralization. They are acceptable as long as the money supply is growing, but are not sustainable, so I advocate the development of smaller ASICs to preserve the decentralization of crypto-currencies in the future.
Coincidentally you can use these calculations to estimate the cost of a 51% attack in the future: let's consider the current global population of 7 billion people, each spending $10 per month to secure the network. For a 51% attack, you would need more than 70 billion dollars per month, or 840 billion per year, 23% more than the 2010 US military budget.
Of course, all of this is assuming a PoW mining system. With proof-of-stake, it would be completely different, as block generation would be nearly free.

Can somebody ELI5 how Eligius works?

Basically I don't actually know if I'm actually receiving bitcoin even though I'm mining. If this helps, my current rig is mining at ~30 gh/s using RedFury USB miners and a Raspberry Pi.
Also, what is "unpaid balance"??